Why iPads Are a Good Choice for Students

Photo from Wikipedia
There is a lot of back and forth between the education community that uses technology in the classroom over Apple's newly announced iPad. While the impression I get is that most are disappointed with its lack of a few critical features (camera?) I still believe that the iPad can be successfully adopted and implemented in schools.

I am writing this post as a counter to Russ Goerend's post. I have agreed to contrasting the iPad to three other tech tools; iPod Touch, a generic netbook, and a MacBook. I would compare them, but it is the differences that are significant for this particular post.

iPad versus iPod Touch
First up is the iPod Touch. The iPad has been said to be just a big itouch. There are some obvious differences such as the ability to purchase Keynote, Numbers, and Pages which have been optimized to work with the touch screen. This allows students to create presentations, documents, and spreadsheets. While these are very basic technology tools, they are also tools that most adults in the business world have to be able to use. Because these can be rather text extensive the new keyboard docking station that will be available for purchase will make creating written content on the iPad much easier.

The second difference is the size of the screen. Not only does this make using the iWork applications usable on the device it also makes using it possible to use it comfortably as a reader. I have two readers on my iTouch and while they are usable for short periods of time, I would not want to need to rely on them as my main reading device. The size of the screen also makes watching content much more pleasurable. For example, my school subscribes to Discovery Streaming which allows me to create student accounts where the students have access to all the video content. If Apple decides to allow the Flash plug-in to work on the iPad even more content will be able to be used by students.

Finally, the price difference is significant. The iPod Touch starts at $199 and the iPad comes in at $499 for its cheapest model. When you consider the screen size and the newly available applications I believe it is worth the extra money.

iPad versus MacBook
The Macbook is a great tool for use in the classroom. It has everything a teacher would like for a student computer. The built in photography and video creating software is great and relatively easy to learn. How does the iPad compare? First lets look at batter life. Apple claims that the Macbook has a 7 hour battery life. Since this is a best case scenario I am going to assume that only one application is being used at a time. I can also say from experience you won't get 7 hours of video life on it. The iPad has been touted as having a 10 hour battery life and Steve Jobs said you can watch videos on a plane from San Francisco to Japan. Compared head to head using Apple's own site the iPad has a 3 hour longer life. This will allow it to have a long enough life to make it through the day at school even when the battery has started to lose its punch.

The Macbook starts at $900 from the education store. We don't know yet if there will be education pricing for the iPad, but the Macbooks is still about twice the price. You can outfit almost twice as many students with the iPad.

Finally, in my opinion the most important distinction between the two is the operating system. The iPhone/iTouch os is much more user friendly and intuitive that the Macbook's. My four year old can operate my iTouch without any prompting from me, but there is no way she could do even simple things on my Macbook.

iPad versus Netbook
I feel a little unprepared to compare the two because I don't have any hands-on experience with a netbook. That being said, I am familiar with the size, form factor, and most importantly the operating systems. Netbooks happen to be great tools with a few drawbacks. What makes the iPad seem to be robust is due to the inability to multitask. Because netbooks run full operating systems that allow multitasking you can quickly bog the processor down with too many open apps.

While netbooks can create content with video, I have yet to read a review where someone recommends it. Most do have built in webcams which allow for picture taking or video conferencing. According to Apple's site the iPad has the ability to connect it to a camera or a SD card. I don't think that video conferencing is a necessary tool for each student to have all day access to.

Finally the nod again goes to the iPad because of the operating system. I won't reiterate my above arguement, but I can address Linux here. I have recently installed Linux on a couple computers in my lab to try them out. While I can say it works much better than it did two years ago when I last played with it, it still is pretty hard to navigate. If I have trouble with it I am sure my students will too. The ease of use for the iPad again gives it the edge.
Posted by Wm Chamberlain at 8:44 PM No comments:

What Should Teacher In-Services Emphasize? 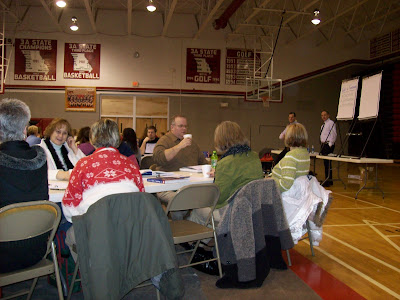 Last week I attended an in-service led by Fred Jones who our professional development committee brought in to address teacher concerns from an end of year survey given last May. The in-service was about *gasp* classroom discipline. While I had to sit through another behaviorist approach to getting students to behave (Mr. Jones is a psychologist), and had to endure his overt teachers versus students presentation I became pretty irritated by both the choice of topic as well as the method Jones espouses.

Obviously the survey must have been heavy on getting classroom discipline help or the committee would not have addressed it. My biggest problem is at no time was student learning addressed. I thought the purpose of school was to help students learn; I wonder when school became a place to pacify unruly students.

What was the topic of your last in-service and did it have anything to do with student learning?
Posted by Wm Chamberlain at 7:45 AM No comments: 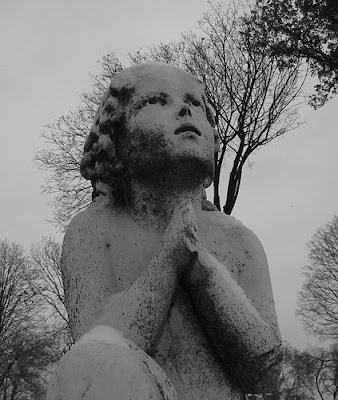 Living in the Midwest United States it is not an unusual occurrence for students or teachers to "pray for snow days." The thought of getting a day or two out of school when we are supposed to be in school is exciting. Whenever local forecasts include the words freezing rain, sleet, or snow the whole school buzzes in excitement, not me. I love being at school. I am "one of those".

We had been out of school all last week because of the icy road conditions on our back roads. It had been much too dangerous for buses to travel down them, so we sat at home. Yesterday I had a conversation at church with another teacher about the chances of having school today. I explained to her that I thought we would have school because we were already behind 4 days and our state's high stakes test wouldn't be postponed because of missed school days.

Did you catch that? The more snow days we have the fewer days we have to prepare for our tests, but also the more days we have available to teach after the test is over! You know, the days reserved for doing the fun and interesting projects where teachers and students are excited to come to school again. For example, I used to do the Biome Project with my class after the testing and the students were very engaged with it up to the last week of school. This is why you will see me praying for snow days!
Posted by Wm Chamberlain at 8:38 AM No comments: