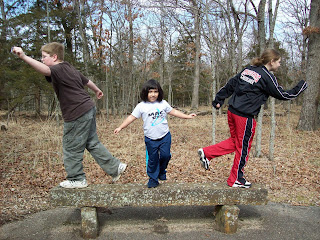 Today was a turning point day, after we figured out the mean, median, mode, and range for each choice  we discovered that the first choice (average) was picked 62% while the second choice was picked 24%, the third 7% and 8% on average brought their lunch. There was a large discrepancy between the ranges of the first and second choices, while the third and fourth choices were very consistent.

After we discussed that I decided to let them think about where we need to go next, this is where I got into trouble. Instead of making a statement that steered them into one direction, I left it too open ended. I had that deer in the head lights stare looking at me. Then everybody had an idea, but it was about changing specific items or how often items were on the menu. None of which we can control, especially since we have no data showing that a large number of students care.

I decided to take over the show and pick an activity we could do to gather more data that could be used for decisions they wanted to make. I didn't want to do it, but they simply aren't ready to understand what is needed to move to through the process. In retrospect I should have had them think about the project overnight and come up with a plan of action to be submitted in the morning. While I don't think most would have come up with something, there might have been a few who did and because I didn't give them time to think about it I won't ever find out.

To tie the math we are doing with science I pulled out my old standard the steps of the scientific method. I identified the problem, we don't know what entrees the students like the most. We came up with a plan. We will survey a random sampling of the students. We decided that sampling 20 students per grade level will give us enough information to work from. Tomorrow we write the survey and the instructions the students will give when they administer it.

Because I made a mistake and didn't let my students attempt to come up with a plan of their own, I have decided that after this survey is complete the students will come up with an extension that they can follow up with based upon the information we receive. Hopefully this will engage a few of the students to really think of something interesting for us to do next.

I can think of a few things they could choose to do next:

Posted by Wm Chamberlain at 5:50 PM